One of the Stops on the Walking Tour, is the BME Freedom Park. 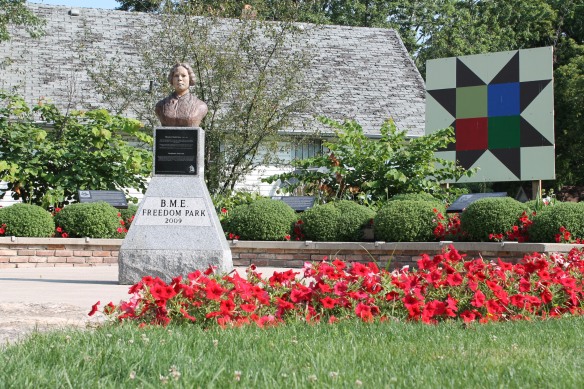 The BME Freedom Park is located on the site of the first BME Church in Canada. The park has been transformed into a green space for the education and enjoyment of Chatham-Kent residents and tourist who visit. The park’s focal point is a bronze bust of Mary Ann Shadd Cary, sculpted by Artis Shreve Lane.

History of the BME Church
In response to the growing tensions surrounding slavery, Canadian members of the African Methodist Episcopal Church Conference formally established Chatham’s BME (British Methodist Episcopal) Church in 1856. On this site, American Abolitionist John Brown held his initial meeting to gain supporters for his attack on Harpers Ferry, Virginia (where he was later removed once they found out the nature of his meeting). Also, the fight to end segregation in Chatham schools was led by a minister from this church. In 1983, the church was designated a heritage building by the City of Chatham due to its significance as one of the earliest religious institutions owned and governed by former slaves who escaped to and settled in Canada. In 1989, the BME Church was demolished due to disrepair. The lot was vacant until the establishment of the BME Park in 2009. 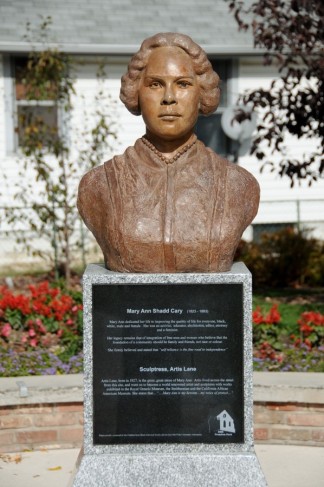 Mary Ann Shadd Cary
Shadd, an educator, abolitionist, editor, attorney, and suffragette who dedicated her life to improving the lives of everyone, regardless of race or gender. 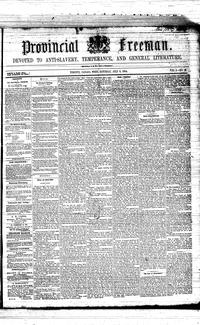 During the time Shadd lived in Chatham, she worked out of the James Charity Block, publishing her antislavery newspaper The Provincial Freeman, published from 1853-1857. The Freeman advocated equality, integration and self-sufficiency for the Black community in Canada and the U.S. Shadd pushed the boundaries normally ascribed to her race and gender and blazed a trail for others. (click the image above to be brought to digital copies of the Provincial Freeman, brought to you by OurDigitalWorld)